HIFEM Procedure in the Treatment of Pelvic Floor Muscles

ROLE OF THE PELVIC FLOOR MUSCLES – INCONTINENCE AND INTIMATE HEALTH

Pelvic floor muscles (PFM) support pelvic floor organs and control continence. Due to the body’s normal aging, childbirth and menopause, PFM decondition and insufficiently support the pelvic floor1. This condition directly correlates to both female and male urinary incontinence (UI), which manifests as involuntary loss of urine. Also, the functioning of the pelvic floor is tightly linked to healthy sexual function since PFM are responsible for adequate arousal and attainment of orgasm. Firmer muscle tone adds intensity to the muscle contractions and may improve sexual sensation.

The International Continence Society (ICS) defines 3 main subtypes of urinary incontinence according to the etiology2. Stress urinary incontinence (SUI) involves urine leakage when events with increased intra-abdominal pressure are performed (e.g. coughing, sneezing, laughing, lifting, etc.). SUI is caused by a loss of support of the urethra due to deconditioned PFM as a consequence of aging or damage to the pelvic support structures. SUI also strongly coincides with vaginal childbirth, and prostatectomy3 in male patients. The other type is associated with a strong desire to void caused by the sudden contractions of the bladder, followed by an involuntary loss of urine, so-called urge incontinence (UUI)4. The third type is mixed urinary incontinence (MUI) and it involves a combination of SUI and UUI symptoms.

All 3 types of UI share a similar cause - the weakened PFM that do not support the bladder and urethra properly (see figure 1). The patients are thus not able to perform adequate PFM contractions strongly and quickly enough to control the release of urine.

Intimate health is an important aspect of quality of life and it is strongly associated with pelvic floor musculature5,6. The pelvic floor symptoms are significantly associated with reduced sexual arousal, infrequent orgasm, and dyspareunia7 (difficult or painful sexual intercourse). In addition, common complaints also include decreased excitement and dissatisfaction from sexual life. Clinicians who care for women with pelvic floor disorders should be aware of this association and should specifically address sexual concerns with women seeking treatment of UI and prolapse8.

In general, health benefits are derived from higher levels of physical activity which applies in the context of the PFM as well. HIFEM non-invasively induces brain-independent concentric contractions referred to as supramaximal, lifting up all PFM (see Figure 2). Supramaximal contractions are of higher tension than maximum voluntary contractions and therefore cannot be achieved by voluntary muscle action (e.g. Kegel exercise, see Figure 3). During one session, thousands of supramaximal contractions are induced. This is extremely important to PFM re-education as the patients are not able to perform high-repetition-rate patterns

28-minutes therapy protocols, consisting of 3 different phases. Repetition of these phases leads to the adaptation and remodeling of PFM.

Protocol 1 begins by awakening of deconditioned muscles followed by stimulation with gradually increasing intensity and relaxation phase to prevent muscle overloading. Primarily low to mid frequencies are used to achieve progressive muscle stimulation yet with greater loads than can be achieved voluntarily.

Protocol 2 is optimized for high loads delivered to PFM by using stimulation sequences of mid to higher frequencies,

The key to the effectiveness of HIFEM procedure, utilized by EMSELLA device, is based on focused electromagnetic energy, selective in-depth penetration, and intense stimulation of the entire pelvic floor area. The gradual strengthening of PFM improves the integrity of the pelvic floor and enhances the muscle control enabling patients to identify, isolate, and effectively contract PFM.

To strengthen the pelvic floor, muscles should be subjected to higher loads than usual with respect to their initial condition. Since the PFM are considerably weakened, the excessive fatigue of muscles must be avoided by choosing a progressive dosage of the treatment intensity. To do so, EMSELLA enables physicians to choose between two with the goal of activating the muscles that already gained some strength. The protocol is initiated by gradually increasing PFM stimulation and subsequently, the stimulation is further intensified to achieve strong contractions with increased blood flow. The relaxation phase is again included to prevent muscle fatigue and facilitate metabolic waste product removal.

PFM support the pelvic organs, control the continence, and play a crucial role in healthy sexual function. However, a large population of incontinent patients or patients with impaired sexual function, are unable to perform correct PFM contractions and lack muscle activation due to the PFM weakness. HIFEM causes deep pelvic floor muscle stimulation to restore neuromuscular control and muscle strength. A single HIFEM session brings thousands of supramaximal contractions, which are extremely important in muscle re-education and strengthening.

©2020 BTL Group of Companies. All Rights reserved. BTL®, EMSELLA® and HIFEM® are registered trademarks in the Unites States of America, the European Union and/or the other countries. The product, the method of manufacture or the use may be subject to one or more U.S. or foreign patents or pending applications. 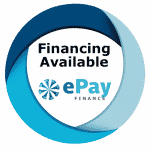